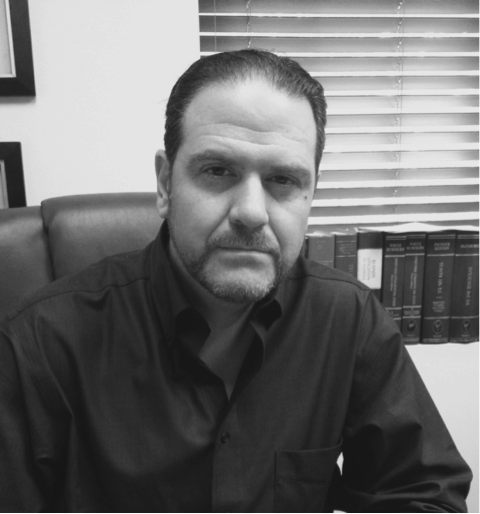 Over the course of his career, Mr. Maldonado has assisted more than 500 companies with licensure before the Federal Communications Commission (FCC) and State Utility Commission. He has worked with foreign-owned communication clients to obtain consent from the U.S. Department of Justice, National Security Division to acquire FCC 214 licensure in the U.S., and obtain FCC approval for the transfer of control of ownership in mergers and acquisitions, and VSAT operations. In addition to licensure, Mr. Maldonado has successfully defended and negotiated voluntary compliance agreements (Consent Decrees) with the FCC for technical violations of compliance reporting, and violations of the Communications Act of 1934, as amended.

In 2004, Mr. Maldonado was consulted for and participated in the drafting and passage of, the Illinois Phone Card Fraud Act (effective July 1, 2005), a law aimed at curbing consumer fraud by unstable and uncertified providers. Since then, Mr. Maldonado has been consulted with on a number of proposed bills and prospective legislation throughout the US. He has also written extensively in trade magazines including being the founding author of a regular telecom legal column called Legal Line published by “The Prepaid Press” which addressed legal issues related to the prepaid calling and stored value service industries. Mr. Maldonado is proficient in Spanish.

Since 2003, Mr. Maldonado has worked with e-commerce businesses, online publications, bloggers, and internet entrepreneurs with legal issues and matters atypical to the internet. This has included: internet defamation, online branding and trademark dilution, CAN-SPAM issues, copyrights and copy infringement of websites, I-CANN disputes, web designer contracts, terms and conditions for electronic contracts, security policies, hacking events and the prosecution of hackers, as well as a variety of other legal issues related to the internet and this medium of communications.

Lylle Araya-Solorzano vs. Government of the Republic of Nicaragua et. al. 562 Fed. Appx. 901; 2014 U.S. App. LEXIS 6565 (2014). Firm served as Defense Counsel in Federal District Court Case, the dismissal of case, and as Federal Appellee Counsel on behalf of the Government of The Republic of Nicaragua and The INSS (Instituto Nicaraguense de Seguridad), Prevailed on Motions and Appeal to uphold Dismissed Claim against a sovereign state in excess of $12 Million.

Lozano v. Caribbean Broadcasting Systems, Inc. et al. Case No.: 09-46461-CA-01, Circuit Court of Miami-Dade County, Florida (2011), Served as Lead Trial Counsel. On-Air Radio personality and Disc Jockey sued a Miami, Florida based FM Radio Station under a five count complaint under Fla. Minimum Wage Act, Fla. Stat. 448.110, seeking class status past hourly work and commissions for sales of commercials and “air-time.” Plaintiff sued the Station, Station Manager and Station CFO pursuant to the state statute. Attorney Edward A. Maldonado was brought into the case as Defense Counsel only weeks before trial and represented all Defendants throughout trial. Case concluded after a three-day Jury Trial. Upon resting of the Plaintiff’s case, Defense Counsel successfully moved for dismissal of two of the Defendants and for dismissal of four of the five counts alleged. Jury awarded Plaintiff damages only to single count with less than the threshold jurisdictional damages of $15,000 USD.

AT&T vs Prepaid Calling Companies for Local Access Charge Claims. Federal Litigation. Served as Defense Strategy Counsel and Lead Negotiator (appeared Pro Hac Vice in the federal courts outside the State of Florida) in federal litigation between ILEC and Prepaid Calling Companies on claims of unpaid Local Access Charges – firm’s efforts resulted in the settlement of claims, voluntary dismissal of lawsuit, and mitigating damages in excess 65%.

Florida Department of Revenue (DOR) v VoIP and Telecommunication Resellers on Florida Communication Service Tax (CST) and Florida Sales Tax (FST). Served as Regulatory Counsel (in conjunction with Florida Tax Counsel and Florida Certified Public Accountants) for pre-audit and post-audit administrative representation and appeals of assessments of the CST and FST against Telecommunication carriers and VoIP Carriers operating in and from Florida as related to prepaid and post-paid transactions and for the negotiation of settlement with the DOR.

Legal Support for the Reporting of Hacking Events and Civil Claims for theft of Communications Services. Served as Legal Counsel for various companies during post hacking events of communication services, proprietary information, and data breaches for various communication providers, both wholesale level and retail level, in the assessment of damage, information compromised, offender tracing via subpoenas, and coordination of reporting to federal law enforcement.